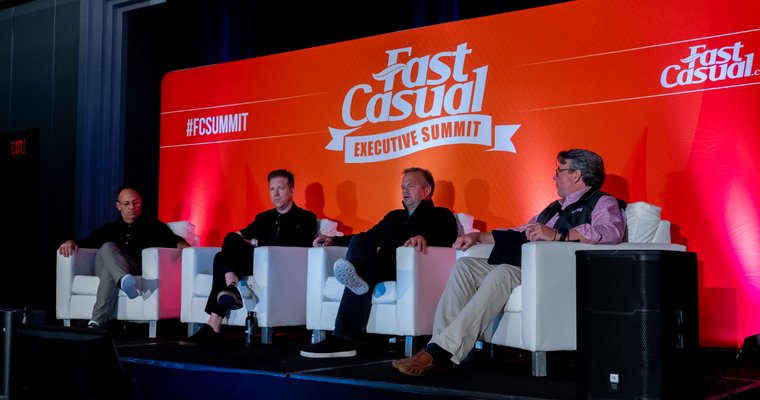 most restaurants would agree labor is the top crisis in the industry. the labor shortage is causing a whole new set of challenges for foodservice, an industry still recovering from the pandemic.

the obstacles related to staff recruitment retention and technologies that can ease the staffing pains were the focus of a panel talk, "using tech to control labor woes," at the recent fast casual executive summit held in charlotte north carolina. the event was well attended, according to organizers. the annual summit is one of several foodservice and technology industry events hosted by networld media group.

the state of unemployment

a recent indeed poll showed there are four times more jobs than seekers and when it comes to interview time 80% of candidates are no shows. there's a labor churn of 150%, and as labor costs rise, tracking by shift becomes replaced by tracking by hour.

"we were as prepared as anybody to meet these challenges because we have always really focused on taking every extra bit of margin to increase the wages of our of our people," pepper said. "we were at a minimum of $15 before that was a thing. we do it because we really felt like it was hard to actually convince ourselves that we were a real business that paid its bills if we couldn't pay our people the kind of money that would allow them to pay their bills. … people have been really vocal about the kind of work that we, as restaurants ask people to do, and in many cases in our industry, we don't do it very well. we don't do it very kindly. and and so i feel like in a way, i don't consider labor woes. i think of this as like a labor bonanza for actual labor, for people who work in labor and who do the work they finally have negotiating power."

the higher retention, the lower the turnover, pepper added.

ersher said his brand is mostly franchised, and franchisees are engaged and have created a positive and deliberate culture.

"it's been said that it's that money is not the most important thing for people and that people quit people. they quit bosses," ersher said. "however, if folks aren't getting a wage where they can meet their commitments and their obligations, and they're under pressure or they can't fix their car or they have to choose between food and electricity … then money is the thing."

hooper said &pizza has been fortunate to largely avoid the labor crisis affecting the industry. when the pandemic hit, many restaurants laid off workers and now can't get them back.

"what we did at &pizza back in april of last year was we guaranteed everybody their employment for 30 days at the beginning of the pandemic and gave them all the raise," hooper said. "as we look at what's required in the industry to change the paradigm now, it's going to require largely new thinking and new solutions, not just applying some of the historical thoughts that we have about how to manage labor effectively in the business."

hooper said one hiring challenge is that job seekers aren't walking business districts looking for jobs. they're on message boards, social media and online job sites. so &pizza started giving candidates the opportunity to use smartphones to remain in contact with the company for open positions.

"we take it from there the same way that we do with the customer and we can using the same expertise we have on customer engagement and customer journeys apply that logic in getting people to get to a hire almost instantly," he said.

pepper said his brand uses technology platforms 7shifts for scheduling and hire me, but it dumps into the same bucket of applicants as indeed and other websites. his company moved toward open hiring that allows candidates to write down their name and number, and when there's an opening, they get a call. it's the antithesis of tech, he says.

"when i'm really honest with ourselves about our interviewing capabilities at the restaurant level, it certainly varies over time and by manager, but there's not a lot more screening going on in many cases," pepper said. "and so open hiring is sort of a very progressive concept, but we stuck everything into qr codes and a very simple google sheet."

ersher said his brand uses an intranet site to communicate directly with employees, and they built a scheduling system from the ground. culture plays a big part, he said.

"early out of the gate, we have been big proponents about being very deliberate, about our culture, that it is authentic, that it is strategic," he said. "and i think the operative term there is really authentic."

mandy wolf detwiler is the managing editor at networld media group and the site editor for pizzamarketplace.com and qsrweb.com. she has more than 20 years’ experience covering food, people and places.