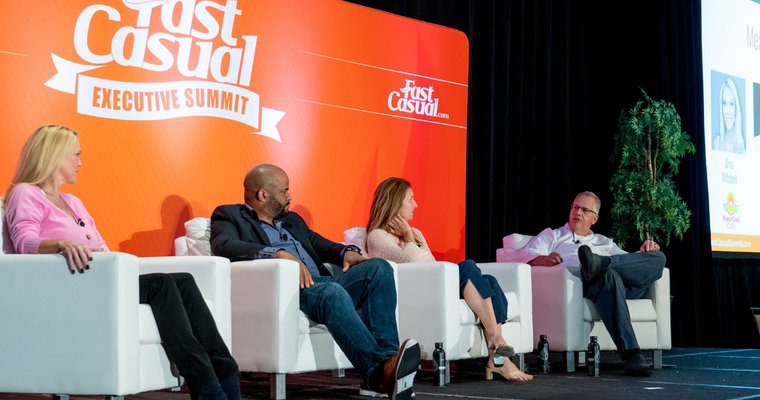 plant-based foods are having their moment. with many plant-based concepts flooding the market, meatless offerings have never been hotter.

three industry executives discussed their plant-based operations in a panel talk, "meatless: it's what's for dinner," during the fast casual executive summit held recently in charlotte, north carolina. the annual event was well attended, according to organizers. the summit is one of several foodservice and technology industry events run by networld media group. a virtual event, #qsrnext, will take place nov. 9.

"i think we've all seen movements come and go in the restaurant industry, but what has become very apparent is one of the movements that is here to stay is the plant-based movement," tiktak said. "over a third of consumers identify themselves as flexitarians (semi-vegetarian). that by itself poses an enormous opportunity to drive change to create a healthier planet (and) to create a healthier people."

mitchell said flexitarians comprise the largest dining segment. depending on the study, 38% to 47% of dining patrons identify themselves as flexitarian and of that 54% are ages 24-39. "through covid last year, people's attention toward being healthier really escalated," she said. her goal at powersoul café is that people won't be able to tell if a dish is meatless.

shular said his customers at farm kitchen & bar, outside atlanta, want to know how to incorporate plant-based menu items into their diet and he's found that by inviting people into his restaurant to sample some of his creations "they see that this movement is something they can grab hold to."

chaia tacos just opened its third location and is focused on whole foods and foods in season.

"the concept is widely embraced by non-vegetarians," said stern. "we are 98% vegan friendly but our customer is mostly an omnivore, and the main goal behind chia is to get you to eat more vegetables. i often say the vegetables are the most luxurious ingredient on the plate because they take much more work than anything else you've got to cook.

"i do feel that we are disruptors. there's been a lot of talk about the new normal, and i think those of us who are sitting up here are trying to create a new normal that is different from what's out there."

the panelists like pea products as substitutions for meat productions, as they create the same mouthfeel as meat.

"my goal is that people will not be able to tell. you can have just one item, but do it well," mitchell said. "don't just check the box."

chaia tacos isn't afraid of fats and seasonings, stern said, but whole grains, beans and vegetables round out their menu.

"we're not asking the customers to think too hard," she said. "we're designing the menu (so) you can make changes to an order if you're a vegan but you don't like cilantro, etcetera."

mitchell said plant-based items sit at the top of each category on her menu. "i've thought about calling it out, she said, "but a true vegan is going to go to a vegan restaurant. i'm really appealing to the flexitarian."

she added that kids are the harshest critic, but love the meatless pizza at powersoul café.

"it's not hard. it just takes a little bit of creativity."

shular tested a plant-based chicken and waffles in his restaurant, and it was so popular the recipe landed on the website.

"i think if you get the product in people's mouths done the right way, it's going to take some thought. it's going to take some innovation," he said. "don't just take the product and say 'here, eat it.' put the same amount of attention you'd put on that product that you'd put on a protein. people will enjoy it. they will have confidence in it. then you're going to be able to take them on a whole new journey of exploring incorporating meatless into their diets."

shular said his customers ask for items they're comfortable with, and that a lot of times chefs put egos into their dishes.

"there's that 80/20 rule," he said. "80% classic, 20% trend. so i always take it very conservative when i'm introducing something new — new flavor profiles or techniques or concepts — to people to get the to connect with it first and foremost. a lot of times, if you do something they grew up on, they'll grasp hold to it right away."

a dish like plant-based chicken and dumplings or a meatloaf or spaghetti and meatballs allows customers to gain confidence in what they're eating, he said.

"in this day in age, people are not spending their money on experiments anymore."

mandy wolf detwiler is the managing editor at networld media group and the site editor for pizzamarketplace.com and qsrweb.com. she has more than 20 years’ experience covering food, people and places.