fast casual sales up, labor down

7shifts analyzed data from a group of its 30,000 restaurant clients to see how 2022 labor and sales numbers compare to 2021 data. 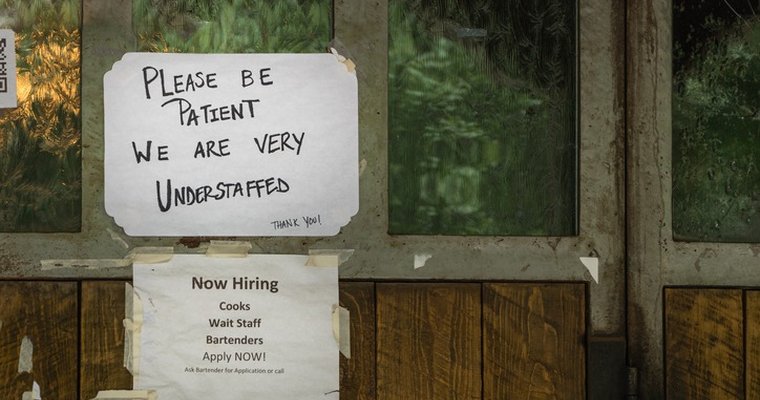 coming out of 2020, few restaurant types were better prepared for the new normal than quick service and fast casual. they had streamlined menus, more digital presence than their full-service counterparts, and dining rooms weren't an integral part of the fast casual experience.

but how have they stacked up when it comes to sales and labor this year versus the same period in 2021? 7shifts, a restaurant team management platform, analyzed the data from a group of their 30,000 restaurant clients to reveal that fast casual and qs sales were trending upward but labor is below pre-pandemic numbers.

as restaurants emerge from the pandemic, consumer demand is high. according to the national restaurant association's state of the industry report, 51% of adults said they are not dining out as much as they'd like to — a 6% increase over the previous year. in addition, including 75% of millennials and 70% of gen z adults – say restaurants are an essential part of their lifestyle.

while sales are showing signs of recovery, labor is still far below pre-pandemic numbers. there's an estimated half a million fewer roles than in 2019. and the roles that still exist are becoming harder to fill, as the workforce has shrunk.

"while we're finding an increase in fast casual sales numbers, restaurants continue to struggle when it comes to filling roles. the workforce has shrunk, making retention and employee engagement a top priority for restaurateurs.

despite this, the data found that the average amount spent on labor remains almost wholly unchanged — as has labor productivity, which remains around an average of $60 per labor hour.

where 7shifts data has seen significant changes are both in the total number of labor hours per day, and labor costs in relation to sales.

labor hours per day are up from an average of 62.96 hours in 2021 to 76.13 hours in 2022, a 20.91% increase. despite this and the average cost of labor remaining static, labor as a percentage of sales has seen a five point decrease, which is explained by larger sales numbers.

what restaurant roles are growing?
where the data revealed more fluctuations in labor is when digging deeper into the types of jobs/roles added.

the largest increases are coming from the kitchen with roles titled line or kitchen growing a whopping 183% and 95% percent, respectively. other back-of-house roles that are seeing growth include grill (22%), dishwasher (48%), and prep (19.8%). with the growth of digital ordering and delivery, there is less reliance on more front of house roles, with the brunt of the work being shifted to the kitchen. roles titled trainee or training has grown substantially compared to last year, up 130% and 79%, respectively.

the rise in training or trainee roles is directly related to the widespread labor shortage that restaurants are facing. turnover has been a consistent challenge for the restaurant industry, and this data shows that it's still as common as ever.

but we can also look at roles that have seen significant decreases to get a temperature of the industry. the most significant being delivery, down 42%, and driver, down 21%. as we move into 2020, in-house delivery staff are increasingly uncommon. this is likely due to the prevalence of third-party delivery services like doordash, grubhub, and uber eats.

jordan boesch is the founder and ceo of 7shifts, a scheduling and team management platform that helps restaurant operators schedule, evaluate, and communicate with their staff, founded in 2014. while the product began as a simple tool to help his dad manage the work schedule at his local 2022年世界杯冠军 , it has since evolved into a leading global restaurant platform.