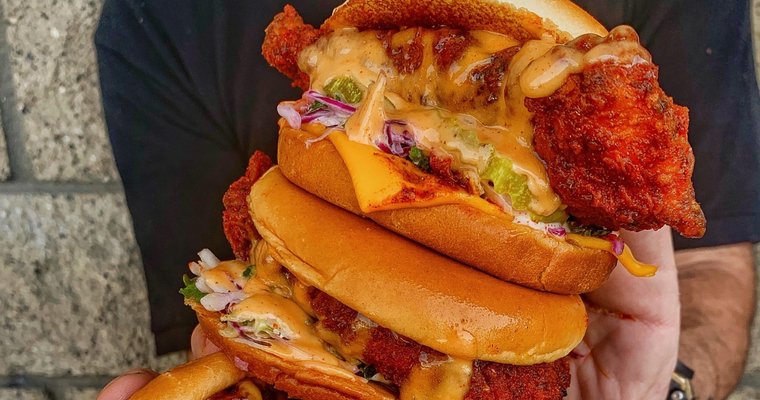 dave's hot chicken, a los angeles-based brand that started as a parking lot pop-up, has inked an agreement with former nba player kris humphries and his family to open 10 locations throughout the twin cities and surrounding areas.

"my family and i were really excited at the prospect of bringing an exciting brand like dave's hot chicken to our home in the twin cities area," humphries said in a company press release. "after doing our due diligence, trying the product and meeting the brand's leadership, we knew this was an opportunity we couldn't pass up. dave's hot chicken checks all the boxes for the kind of restaurant brand we want to be involved with, and has all the potential for massive growth. we're excited to see what the future holds for the brand in the twin cities."

the humphries family — kris, william, debra and alex — owns several five guys locations in minnesota and wisconsin and is also involved as franchisees with crisp & green.

"the twin cities area has been a market we've been wanting to break into for some time now. now, we're getting to do it with a group of operators who are both excited about introducing dave's hot chicken to minnesota and have the experience to do it successfully," shannon swenson, vp of franchise development, said in the release. "i'm looking forward to seeing what success is in store for them."

founded by arman oganesyan and chef dave kopushyan and two friends in early 2017, dave's hot chicken has sold the rights to over 599 franchise locations in the u.s. and canada and will open an additional 75 locations this year.