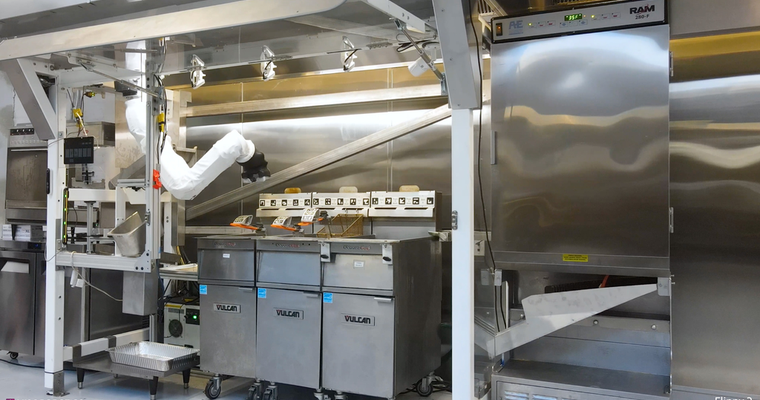 wing zone has tapped miso robotics to deploy the company's robot, flippy 2, at its 20 southern california locations to handle the frying station for chicken wings and other fried menu items.

"with over 100 new shops in our current development pipeline, our technology roadmap relies heavily on strategic partnerships with companies like miso, a pioneer in the field of food automation, that has the knowledge, data and resources to design robotics solutions that maximize our efficiency and provide a better overall customer experience," wingstop coo and cdo david bloom said in a company press release. "our industry is in dire need of automation, and we are more than ready to deploy it at scale to continue growing our business."

the partnership comes in parallel with the recently announced wing zone labs — a franchisee of wing zone that will also support the brand's overall corporate innovation efforts.

"we couldn't be more excited to announce a truly groundbreaking partnership with wing zone to incorporate back-of-house automation into all of its future restaurants from this point forward," mike bell, ceo of miso robotics, said in the release. "no other brand has accepted automation to this degree, and we don't take their trust in us lightly. we want to establish wing zone as the franchise of the future, and this is just the first step in doing so."

primarily funded by individual investors, miso robotics has over 18,000 shareholders and has raised over $50 million in crowdfunding.